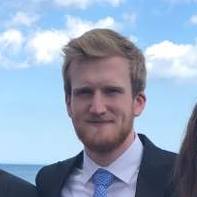 Opal is a game engine that I have been developing since February of 2020.


All of the code is written in C++. I originally wrote the renderer in OpenGL, but recently started the switch to Vulkan both to learn a new skill and to be able to support as many platforms as possible.


I built a small survival mystery game with it called Snowbound, which you can read more about on the projects page.


I am currently working on a new project in Opal that I should announce soonish.


I am also building a new version of my game Retrostasis in this engine and it has come along nicely. For more details on what I have implemented go to the projects page and check out 'Opal', 'Snowbound', and 'Ichor'.

Narative adventure game developed in two weeks for Adventure Jam 2016 by Josh O'Caoimh and me.

I did the programming, including custom shaders, and a menu that could display the player's progress through a graph of memories.

"...sometimes a feeling, a mood, a suggestion of a narrative is enough" - PCGamer

"...it all comes together in some sense through the multiple viewpoints you inhabit, building a small-scale tale of loss" - RockPaperShotgun

An exploration game about growing up. I took inspiration from games like Journey and Flower to make a game that could transport people into another world.


I wrote all of the code for Eighteen which involved an event-driven interaction system, as well as a dynamic day/night/weather cycle. I made models and materials for the game with Blender and Maya, and worked with a musician friend to develop a dynamic system for layering chords on top of the background music as the game progressed.

A 2D puzzle platformer where players must conserve energy and remember how to get back to their friend.

I made the original prototype of Retrostasis solo in 72 hours for Gamejolt's GDC jam. Afterwards I developed the game further with a team of 4 over the course of a summer.